Skip to content
Posted inBusiness
Posted by By admin July 13, 2021 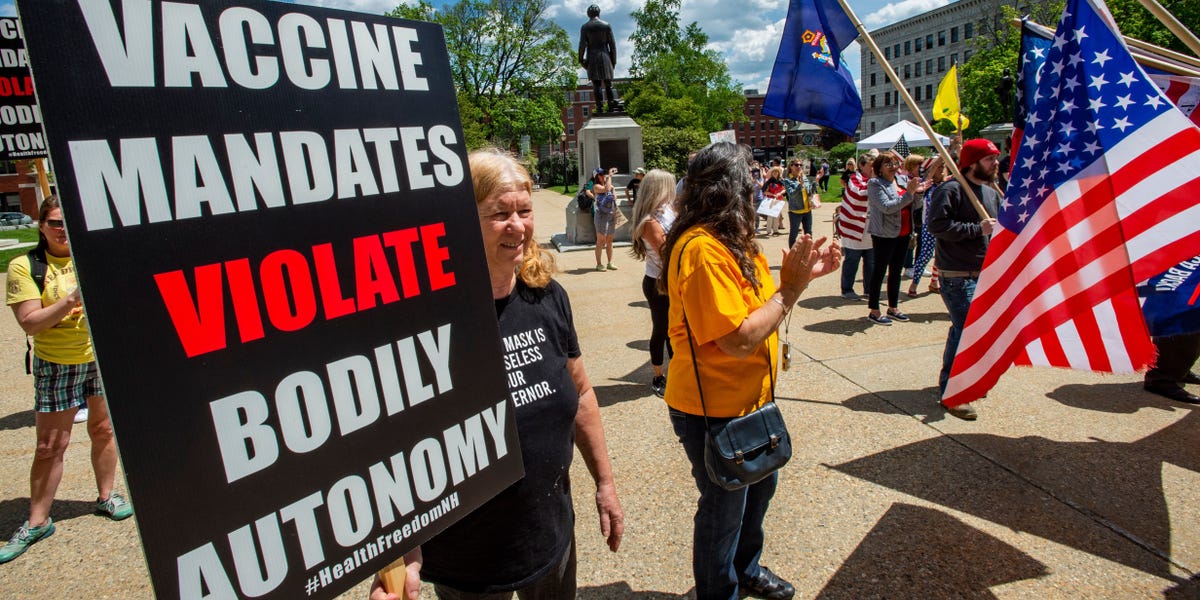 Republicans are rallying to protect the rights of unvaccinated people while COVID-19 infections are spiking within that same population across the United States.

Several state GOP lawmakers are proposing legislation that would make it illegal to “discriminate” against unvaccinated individuals, using similar protections as those applied on the basis of gender, race, and religion, Axios reported on Monday. These bills aim to prohibit the public and private sector from denying goods and services to unvaccinated people.

At least one state, Montana, has signed such a bill into law. There, businesses such as grocery stores and restaurants are not allowed to refuse customers based on their vaccination status. Similarly, employers are forbidden from refusing to hire someone based on whether they’ve been vaccinated, per Axios.

Other GOP-led states have enacted similar measures. In Alabama, schools and colleges are not allowed to require vaccines, Axios reported. The state government and private companies are also not permitted to refuse services to people who are not yet vaccinated.

These state efforts represent yet another resistance to coronavirus vaccinations as the federal government continues its push to encourage people to get the shot. Earlier this year, several Republican governors enacted bans on so-called vaccine passport requirements, which would offer proof of an individual’s vaccination status.

Ingraham called the latest approach “creepy stuff” and Carlson described it as “the greatest scandal” in his lifetime, according to The Times.

Republicans skeptical of the COVID-19 shot have protested vaccination efforts for months, deeming the public-health push to be an infringement on personal rights. This fight is reminiscent of GOP opposition toward mask mandates and social-distancing protocols but stands in stark contrast to former President Donald Trump’s embrace of the COVID-19 vaccine. Trump, for his part, has lauded his administration’s rollout of the Moderna and Pfizer vaccines last December and touted the vaccine’s safety.

GOP hostility toward vaccines has been an ongoing challenge for the Biden administration because the White House is pushing to combat vaccine skepticism and boost the public’s confidence in the shot by working with state and local leaders.

Nearly all recent coronavirus-related deaths in the US are in unvaccinated people, Centers for Disease and Control Prevention Director Rochelle Walensky announced last week. States like Montana and Alabama have some of the lowest vaccination rates in the country, according to data compiled by The New York Times. Around 53% of Montanan adults are fully vaccinated. In Alabama, that number is only at 41.8%.

By contrast, blue-leaning states like Vermont and Massachusetts are seeing higher vaccination rates, with over 70% of each state’s adult populations fully vaccinated, per The Times. Similarly, New York has 66.5% of its adults fully vaccinated and California is at 61.8%.