Skip to content
Posted inHealth
Posted by By admin September 20, 2021 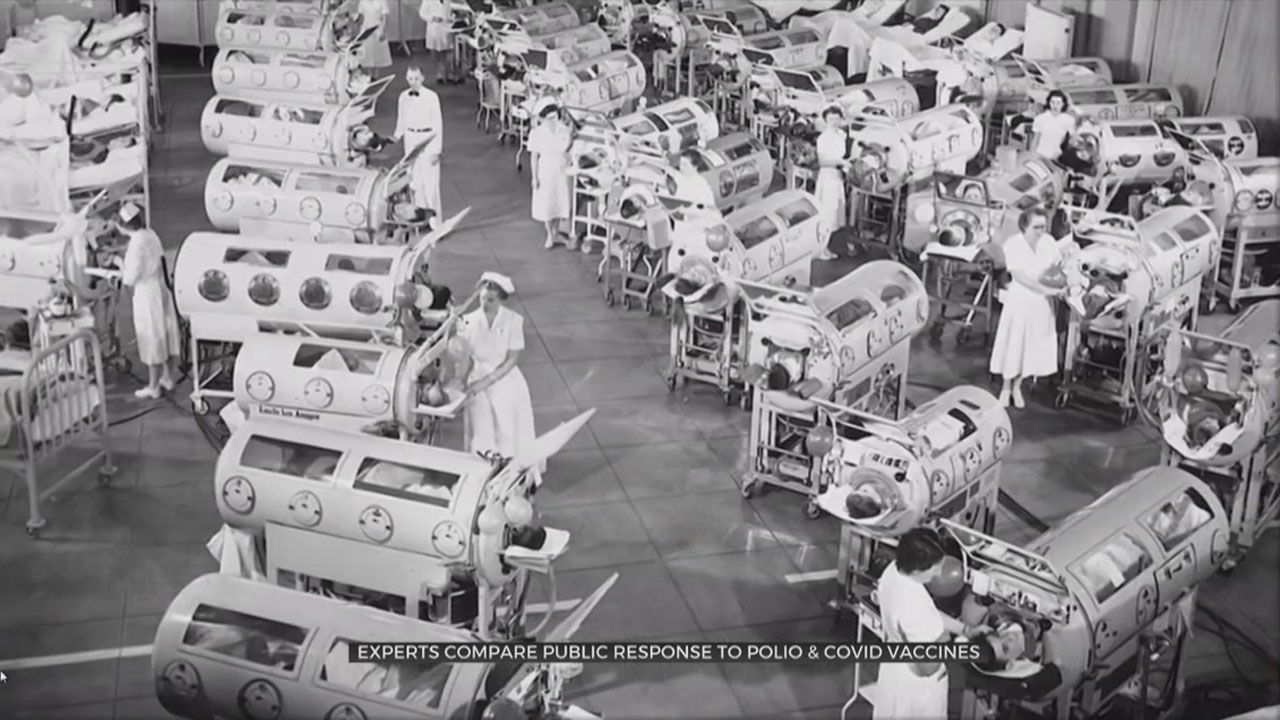 In the early 1950’s, polio caused more than 15,000 cases of paralysis each year. That was until Jonas Salk and his team of researchers successfully created a vaccine to fight the disease.

Medical experts from the University of Oklahoma said people in the 1950’s could directly see the suffering of polio patients and were more likely to get the vaccine, despite hesitancy.

“Death from infectious diseases was so real that there was no doubt that this was a life-saving maneuver and so I think this vaccine hesitancy is the product of the success of vaccines just aren’t the scourges that they used to be,” said Dr. Douglas Drevets Chief of Infectious Disease at OU Health

Many people suffering from polio were forced to spend the rest of their lives in iron lungs, completely relying on the machine to breathe.

Thanks to the vaccine, that was distributed for free, polio has been practically eradicated in the United States.

Today, using the successes of the past, doctors have been able to create lifesaving vaccines faster than ever.

“People don’t realize that the COVID-19 vaccine that we have now are based literally on 20 years of work to build the platform to build the MRNA vaccine I mean this didn’t just come out of nowhere,” said Drevets.

Other experts said the drive by Americans to eradicate the disease was very special.

While the COVID vaccine was available to the public quicker than the polio vaccine, doctors said the reason is the advances in medical science over the last 6 decades.

Another challenge doctors face is the rapid spread of misinformation on social media and around the internet.

“There is much less trust in authority in a sense,” said Drevets.

Tensions mount between CDC and Biden health team over boosters