Skip to content
Posted inBusiness
Posted by By admin September 16, 2021 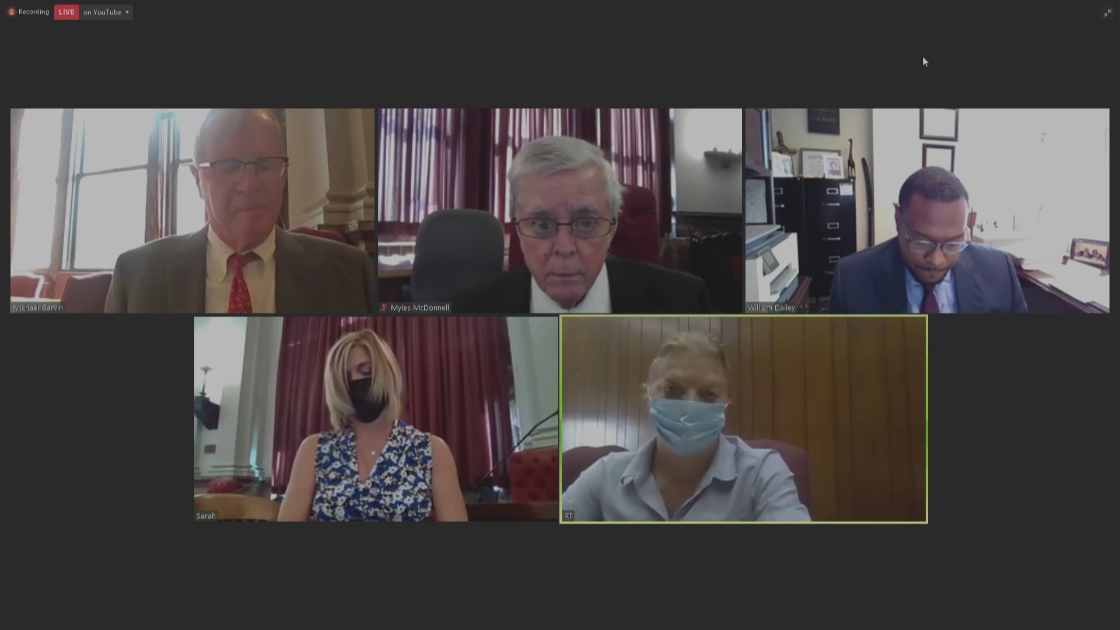 ST. LOUIS – A St. Louis City excise hearing revealed a shooting on camera as well as a gun being removed from the scene.

A city counselor’s questioning of an SLMPD detective also revealed allegations that Reign Restaurant attempted to hide the shocking video.

A portion of the video, from Dec. 12, 2020, was shown twice during a three-and-a-half-hour hearing. It was from a surveillance video camera in front of Reign.

At one point, you can see a man pull a gun. He holds it at his side, while the man next to him puts his arm around the gunman. An SLMPD officer testified that the second person was a Reign Restaurant security guard.

An argument escalated. The gunman then began shooting and was himself shot at one point. Police identified him as both a victim and a suspect. He continued firing from the ground after he was hit.

A detective testified that a third man seen on the footage, carrying an assault rifle after the shooting, was also a Reign security guard. You can hear him say at one point, “Clean that [bleep] up the police going to come.”

You then see someone pick up the gun. A city counselor asked a responding police detective, “Was the gun recovered?” The detective answered, “No, it was not.”

That detective, Abby Krull, added that she found disabled cameras inside the restaurant that prevented her from tracking where the gun went. She also said Reign initially tried hiding the video shown in court today.

A city counselor asked her, “Were they uncooperative?” The detective answered, “I mean they didn’t give me the video I requested.”

The city counselor followed up, “And initially they denied you the existence of any video at all. Is that right?” The detective answered, “Correct.”

Reign owner Dana Kelly canceled a planned interview this afternoon citing a possible decision, that ended up coming down about four hours after the hearing.

She then sent us an NAACP statement that said in part “…several males were in an altercation East of Reign Restaurant as they moved down the street in front of a closed Reign Restaurant. Reign’s security went outdoors to defuse the altercation which subsequently ended in gunfire…”

TOP STORY: St. Clair County has one of highest rates of ‘zombie foreclosures’ in country

Reign’s attorney also argued that point in court, saying violence began at different businesses and that Reign’s not the problem.

Attorney William Dailey said, “The excise code spells out what is required to establish whether there is detriment to a neighborhood. One of the things you look at is whether or not there’s been changes to the character of a neighborhood since the issuance of a liquor license.”

Late Friday afternoon, Reign’s liquor license was officially suspended. The order is effective for one month as the legal battle continues with another nuisance hearing later this month.