Skip to content
Posted inBusiness
Posted by By admin July 29, 2021 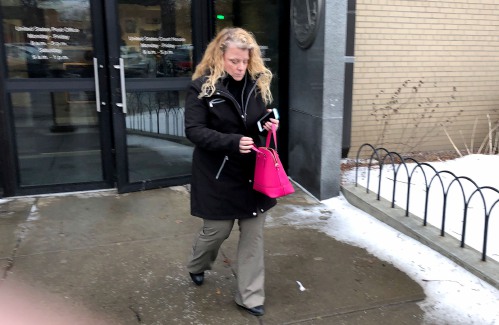 BURLINGTON — A former Upper Valley car dealership employee has been convicted of stealing from the business and using the money to buy gifts for herself online.

Thetford resident Tricia Covey pleaded guilty in federal court in Burlington on Friday to one felony count of access device fraud for the 2017 theft. Covey signed a plea deal last month, but the document and the specifics of the deal were not available Friday. However, the charge carries up to 10 years in prison and a fine of up to $250,000.

Covey appeared in court in a pinstripe jacket and tan pants Friday. She did not speak except to answer the judge’s questions, and hung her head as prosecutors detailed the accusations against her.

Assistant U.S. Attorney Gregory Waples said in court that Covey worked as an office manager at The Car Store Inc. in 2017, when it was doing business as White River Hyundai. While working there, the business gave Covey a corporate credit card, which she was authorized to use for business expenses, according to Waples.

“She began misusing that corporate credit card,” he said.

Covey would use the card to buy personal items, including gifts for herself off Amazon, which she had shipped to her home in Thetford, Waples said. Covey was charged with taking over $1,000 of corporate funds in 2017, but Waples said during the hearing that prosecutors believe she stole around $17,000 over a period of multiple years.

Covey was indicted on the fraud charge in 2019 and pleaded not guilty in January 2020. During the arraignment, U.S. District Court Judge Gregory Crawford allowed Covey to be released on conditions, including that she not have contact with witnesses in the case and that she maintain contact with her attorney.

During Friday’s hearing, Crawford said he would continue to allow Covey’s release on conditions pending her sentencing, and commended her for following his orders.

“She has done a good job of complying with the conditions,” he said.

According to her old LinkedIn page, Covey began serving as the financial controller at The Car Store in September 1992. The business was previously a Subaru dealership in Norwich, but owner Rick MacLeay sold it and bought the Hyundai dealership in White River Junction in 2017. Covey left her job a year later, in 2018.

MacLeay, who closed the dealership in 2019, declined to comment on Covey’s case Friday.

During a hearing last year, Covey said she had a new job at Ansys, an engineering simulation software firm with an office in Lebanon.

Her sentencing hearing is set for Dec. 21 in the federal courthouse in Rutland.

For Women in Finance, Challenges Remain at the In-Person Workplace