Skip to content
Posted inLoans
Posted by By admin September 15, 2021 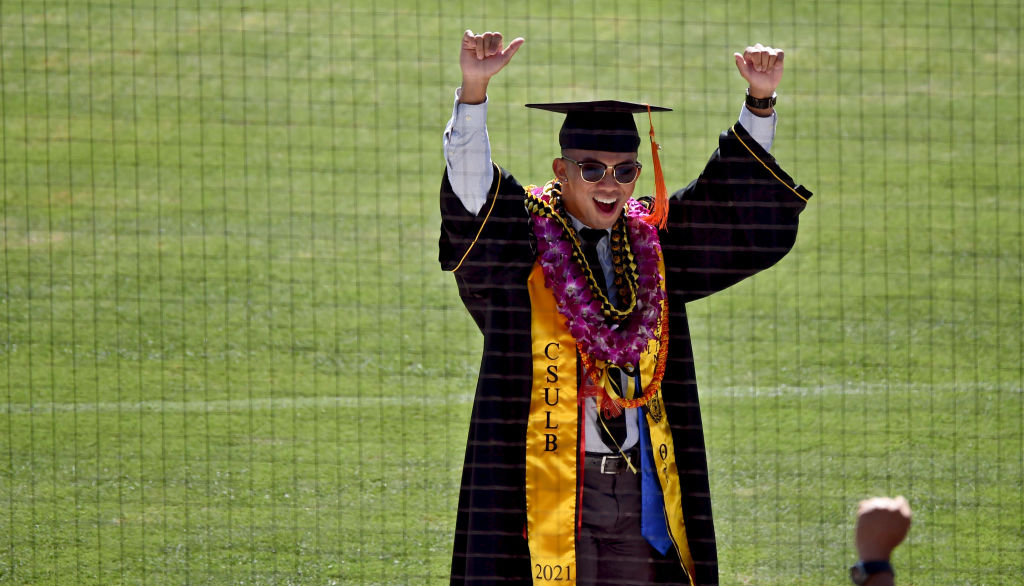 A graduate of California State University–Long Beach attends commencement ceremonies at Angel Stadium of Anaheim in May 2021.

In early August, President Joe Biden announced that the freeze on student loan payments had been extended—yet again—until Jan. 31, 2022. He referred to the forbearance as a “critical lifeline” for borrowers during the pandemic, so that no one would have to choose between paying for basic necessities and their student loans.

Biden’s announcement last month was the fifth such extension since March 2020 when COVID-19 upended life as we knew it. While the economy has undoubtedly come a long way since the early, dark days of the pandemic, it hasn’t completely rebounded.

“The economy is far from recovered, and millions of Americans are still struggling with unemployment, facing evictions or foreclosures, and dealing with ongoing national disasters including hurricanes, floods, fires, and the COVID-19 pandemic,” says Adam S. Minsky, a student loan lawyer.

This prompts the question: Can we expect another extension on the freeze of student loan payments?

Biden and White House officials have also said no; this will be the final such extension. Student loan experts tend to agree, and the Federal Student Aid office of the Department of Education also refers to this as the “final extension.”

What would have to change for the freeze to continue

The most recent freeze extension largely had to do with the logistics of student loan servicer changes, rather than the economy or student loan hardship issues, says Robert Farrington, founder of The College Investor. Federal student-loan servicers also indicated unpreparedness on behalf of the companies before the “final” freeze extension had taken effect, according to a questionnaire distributed during the summer by Democratic Senators Elizabeth Warren and Ed Markey.

On July 13, Warren and Markey sent a letter to President Biden with findings from the questionnaire, which showed that the servicers needed more time “to ensure that borrowers are supported when reentering payment on their student loans.” Warren and Markey, along with other proponents of the payment freeze and/or student loan forgiveness had been pushing for the forbearance program to be extended through March 2022.

But still, there’s not much that would incentivize the Education Department to extend the pause further, Farrington says.

“At this point, it wouldn’t be anything in the economy to justify a further extension, but more likely something in politics that would extend the freeze,” he adds.

Does the freeze affect the possibility of debt cancellation?

Farrington reminds borrowers that forbearance will end “eventually,” no matter whether January 2022 is the true end date or another extension happens. There have been plenty of calls for student debt cancellation—particularly from Democratic leadership in Congress and other advocacy groups. Biden has only publicly stated support for up to $10,000 in forgiveness; others are pushing for up to $50,000 for borrowers.

Timing is of the essence, though, when it comes to making significant changes to student debt. “The major challenge with this is that any loan forgiveness needs to be coupled with reforming higher education costs and financial aid in general,” Farrington says. “Otherwise, we end up in this same student loan crisis in just a few years.”

There’s also been debate over Biden’s power to cancel debt through an executive order. Senate Majority Leader Chuck Schumer argues that Biden could cancel student debt with “the flick of a pen,” but Speaker of the House Nancy Pelosi disagrees.

“People think that the President of the United States has the power for debt forgiveness,” she said during a press conference in late July. “He does not. He can postpone, he can delay, but he does not have that power.”

Steps to take before the freeze ends

Borrowers should act fast and prepare to make payments again come early next year, student loan experts agree. Several options can prove beneficial to borrowers who may continue to struggle to make payments.

Minsky suggests looking into income-driven repayment (IDR) options, which can “provide affordable payments tied to the borrower’s income and family size,” he says. Borrowers who already have an IDR plan can also apply to have their payments recalculated based on their new financial circumstances, he says.

“You don’t want to be stuck with a payment you cannot afford simply because you didn’t provide updated income,” Farrington adds.

See how the schools you’re considering fared in Fortune’s rankings of the best executive, full-time, and online MBA programs.