Skip to content
Posted inLoans
Posted by By admin August 2, 2021 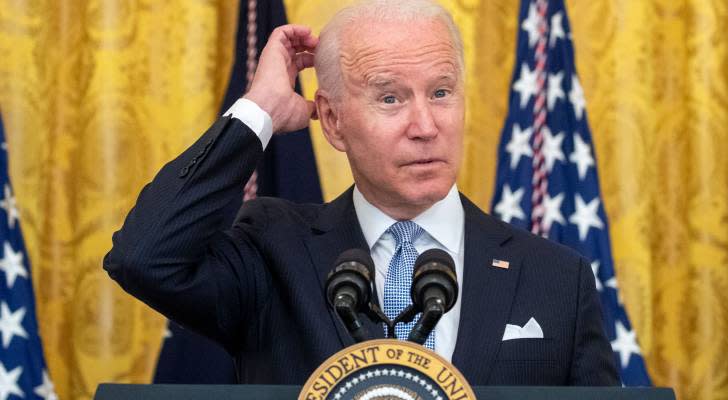 As things stand now, the pandemic-triggered freeze on federal student loans will end on Sept. 30.

Many Americans aren’t ready to come face to face with their student loan obligations for the first time since March 13, 2020. Oct. 1 will mean not only the return of interest charges and monthly payments, but also collections of student loans in default.

A push is on for President Joe Biden to extend the payment holiday beyond the end of September. That would give borrowers more time to prepare, and pay off other debt — and it would provide Democrats with additional time to press Biden for broader relief.

Many members of the president’s party still want him to wipe out $50,000 in student debt for every borrower, though there’s new disagreement over how far he might be able to go.

For student loan borrowers, Halloween won’t be the scariest day in October this year. A new survey shows many are dreading Oct. 1 and the end of the long student loan payments holiday that has already been extended three times.

More than 4 in 10 borrowers (41%) say they’ll “barely get by” when the freeze expires and will have to cut spending to make ends meet, U.S. News & World Report found. About a quarter (23%) say they won’t be able to resume their payments without finding a new source of income.

The financial burdens are keeping double-digit percentages of borrowers from getting married, or buying homes at today’s historically low mortgage rates.

Democrats urge that payments be kept on hold

Those who are praying for a longer break from student loan payments and interest have some powerful allies in their corner.

In June, 64 Democrats in Congress, including Senate Majority Leader Chuck Schumer and Massachusetts Sen. Elizabeth Warren, urged President Biden in a letter to extend the moratorium until either March 31, 2022 — or a time when employment returns to its pre-pandemic levels.

“The scheduled resumption of student loan payments in October could create a significant drag on our economic recovery,” the lawmakers wrote. So far, the Biden administration had made no moves toward lengthening the payments pause.

$50K in debt forgiveness is still up in the air

On Tuesday, Warren, Schumer and Democratic Rep. Ayanna Pressley of Massachusetts held a news conference to push for a longer payments freeze — and to again urge the president to forgive $50,000 in federal student debt per borrower through executive action.

“All President Biden has to do is flick his pen, sign it,” Schumer said.

But now, House Speaker Nancy Pelosi is disputing that idea. “People think that the president of the United States has the power for debt forgiveness; he does not,” Pelosi during a Wednesday news conference. “He can postpone, he can delay, but he does not have that power. That has to be an act of Congress.”

Biden’s education secretary has been studying the president’s ability to cancel student loan debt for months, but there hasn’t been a peep from that review. But Biden has indicated he’s more comfortable with the idea of erasing $10,000 in student debt per person, not $50,000.

For now, don’t hold your breath for big-time student loan forgiveness — because who knows if or when it will happen? So, if you know you’ll be struggling with student loan debt once the payment holiday ends, take steps now to try to ease that burden.

First, look into refinancing your student loans. Interest rates on student loan refinances from private lenders have hit record lows, so replacing your debt with a new private student loan could slash your monthly payments.

If federal loan forgiveness ever does come along, it would not extend to private refi loans.

If you’re a homeowner, you’ll also want to consider refinancing your mortgage, if you haven’t done that over the last year. With 30-year rates deep below 3% again, millions of mortgage holders could save close to $300 month by taking out a new, the mortgage technology and data provider Black Knight recently said

The best rates go to borrowers with the highest credit scores. It’s easy these days to take a look at your credit score for free, to see if yours needs improvement.

Another way to give yourself some financial breathing room is by generating a little more income through some low-stakes investing in the stock market. One popular app helps you build a diversified portfolio by investing just “spare change” from everyday purchases.